I’d like to share an intriguing baseball story that also happens to complement some fantastic marketing advice from a work friend of mine.

Steve Dalkowski: The fastest MLB pitcher you never heard of

But there was just one problem: Steve Dalkowski’s incredible fastball was just as incredibly wild and unreliable.

Dalkowski began his career in 1957 in the Baltimore Orioles’ minor league system. Despite high hopes, five seasons later, he was still stuck in the minors with no improvement in controlling his fastball. From 1957 through 1961, Dalkowski struck out 1,137 batters in just 661 innings of play; a huge achievement… Unfortunately, he also walked 1,221 batters and won only 27 of his 123 games as starting pitcher.

But there’s much more to Steve Dalkowski’s story – with an important related marketing lesson as well. 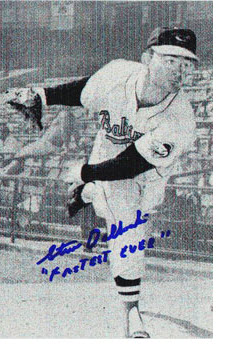 Steve Dalkowski’s performance improved dramatically in 1962 while playing for Earl Weaver, who was then manager for the Baltimore Orioles’ double-A affiliate. It would be the best year of Dalkowski’s career. For the first time ever, he gave up less than one walk per inning. He also had an amazing 52-inning streak in which he notched 104 strikeouts and only 11 walks. Dalkowski was finally called up to the Orioles’ spring training season in 1963. After pitching six straight innings giving up no hits, Dalkowski was told by the Orioles that he had made the team. He was finally heading to the majors.

How did Steve Dalkowski finally transform his performance; and so quickly after five seasons of no progress? Earl Weaver realized Dalkowski just got confused and pitched more wildly than ever while coaches tried to teach him how to throw a change-up, hold a base runner or execute other unfamiliar plays. Weaver concluded if the team was to ever capitalize on Dalkowski’s potential, they would have to keep things very simple. So Weaver had Dalkowski focus on nothing but throwing his fastball and maybe an occasional slider. Two pitches. Just throw strikes. Nothing else. It was perfect advice from Earl Weaver, and an early sign of Weaver’s leadership strengths and future career as a legendary major league manager and member of the Baseball Hall of Fame.

Keeping it simple is also game-winning advice for marketers as well. Buyers are smarter than ever, and less likely than ever to bother trying to figure out what your technology does. If they get confused or distracted by your message, they’ll simply move on.

Which leads me to that simple yet powerful advice my marketing friend shared with me. He had recently met a true rock star of a technology sales manager. Asked by my friend how he became so successful, he answered, “Because I know my fastball and I know my curve ball.”

He explained his ‘fastball’ was the #1 product of interest to the vast majority of his prospects; his ‘curve ball’ was his second product. Whether he opted for the fastball or curve ball depended on the needs of his prospect.

The company had other products, of course; and while he didn’t ignore those products, he knew his ultimate success depended on his ability to deliver a clear, compelling sales pitch for his top two products – his fastball and curve ball. So he focused right away on practicing those two sales pitches and made sure they were strikes.

While that rock star sales person described his fastball and curve ball as being two different products, the logic still holds for other scenarios. If, for example, a company offers a single technology platform or solution as opposed to multiple products, then the “fastball” could be an engaging value proposition to answer the question, “What is it?” The “curve ball” could in turn succinctly answer, “How does it work?”

Marketing’s single most important responsibility is to define the company’s fastball and curve ball and then clearly communicate it – internally and externally – to set up your marketing campaigns and sales team for success.

In a cruel twist of fate, Steve Dalkowski severely strained a tendon in his elbow while pitching relief in the Orioles’ final 1963 pre-season game. With his post-injury fastball topping out at only 90MPH, Dalkowski never made it to the major leagues again and was out of baseball for good in 1966. One can only wonder what his pitching career might have been had he not languished for years, no doubt being constantly told to “try harder” before Earl Weaver’s wise leadership guidance.

Similarly, if current marketing messaging is not working, “trying harder” in a multitude of ways and directions will not help and instead merely waste time. The future is now. Business circumstances and technologies all change without advance notice. Marketing leaders must be willing to allow trying something new, starting by focusing on answering two simple but critical questions…